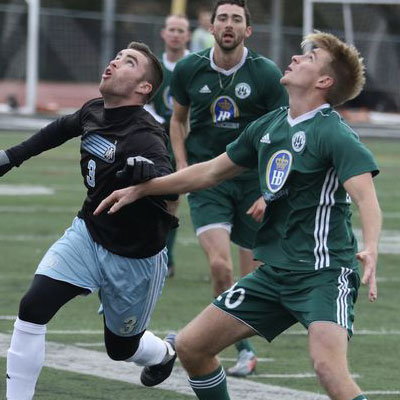 With a first round U.S. Open Cup match looming, local clubs Vereinigung Erzgebirge and West Chester United are facing the possibility of playing each other twice in the coming weeks leading up to that game.

VE beat their United Soccer League of Pennsylvania rivals last November to qualify for the Open Cup for the first time since 2002 but as luck would have it were drawn to face them in the first round of the competition after West Chester qualified for the tournament through their record in the NPSL last summer.

Before they play for a trip to Pittsburgh Riverhounds on the line, the two clubs face off today at 2 p.m. at William Tennent High School with a trip to the Eastern Pennsylvania Amateur Cup final on the line.
West Chester United’s reserve team has already qualified for the final so a win for VE today would mean another matchup with West Chester United in the final against the club’s reserve squad.

While West Chester United will field different squads, VE will field a similar team today as they did in Open Cup qualifying and would field should they make it to the game March 15.

The coaches of the two teams — Blaise Santangelo for West Chester, Rob Oldfield for VE — both speak highly of each other and most of the players grew up playing each other in youth, high school or college ball. Many of the college programs in the area are represented on their rosters and since they play each other so often in USLPA league play and in cups there are seldom any surprises.

It all makes for entertaining and hard fought derbies every time the two teams square off.